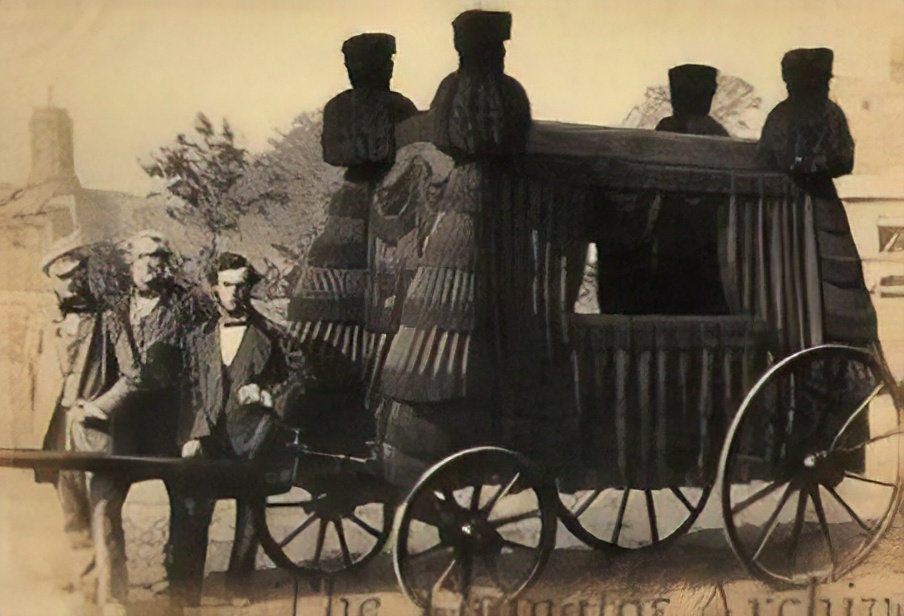 There is nothing about the ordinary funeral that absolutely requires that it be conducted by a funeral director.  Undertakers did not invent funerals. Nor should funerals be preserved merely to keep what one writer has described as the ‘dismal trader’ in business.

We do not know who was Australia’s or even Melbourne’s first undertaker and it would be many years after colonisation before any individual operated a funeral exclusive business.  Other trades people such as blacksmiths, wheelwrights, carpenters and furniture makers often fulfilled the functions of the undertaker.   One such person was James Rooke ‘cabinet and chair maker of London’ who had established a furniture manufacturing business in Pitt Street Sydney and also advertised to his clientele that his services included ‘performing funerals’.

Robert Frost advertised as a ‘carpenter, joiner and undertaker’ in Melbourne in 1839.  Frost assured the public that ‘funerals will be attended on the shortest notice’, while his competitor Samuel Crook opened a ‘cabinet and upholstery warehouse’ in William Street Melbourne and also advised that ‘funerals would be furnished punctually and conducted in the neatest manner possible’.   Crook was later to establish a coffin making plant in Collins Street.  Crook took an employee John Sleight into partnership and in due course the A.A.Sleight firm evolved and was to handle the funerals of many of Melbourne’s more prominent citizens.

Reflecting on the names of some of the first undertakers, it can be observed that few callings can claim both a Rooke and a Crook among its pioneers – even in a country largely settled by convicts!

The funeral industry of the twenty-first century is professionally operated and fulfils its tasks and responsibilities with care, empathy and understanding.  Properly managed the funeral can play and important role in the process of grief resolution and help families come to terms with death and at the same time celebrate life.

Graeme Griffin’s and my book In the Midst of Life – The Australian Response to Death asserts that how we deal with death can significantly impact on how we live and how we might better deal with death as a part of life.

The book is available to purchase online here.