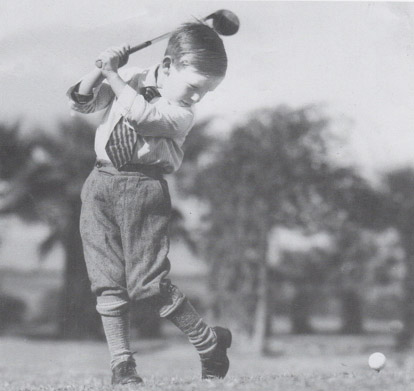 Peter Alfred Toogood was born to be a golfer. His grandfather, father and a grand uncle were all successful golf professionals and Peter grew up to be one of Australia’s finest amateurs. He made his first hole-in-one at the age of eight, won scores of amateur and more than his fair share of ‘open’ tournaments, was leading amateur in the Australian and (British) Open championships, represented Tasmania and Australia on numerous occasions, won 36 club championships at five different clubs and enjoyed a successful career as a physical education teacher in Tasmania.

Toogood was a contemporary of the great Peter Thomson who once exhorted him to turn professional so they could tour together. Toogood met Thomson in 1948 when each played for his respective state in the annual amateur teams series that preceded the Australian Amateur Championship.

Quietly spoken, shy and extremely modest, Toogood was always fresh-faced and looked younger than his years. And when he turned up at Metropolitan Golf Club to register for the 1948 Amateur Championship at the age of 18 he was almost thrown out of the clubhouse by an officious club secretary. Carrying his bag of clubs, Peter approached Metropolitan’s reception counter to enquire where he could register. The forbidding figure of a tall man of military bearing, wearing a dark three-piece suit suddenly emerged seemingly from nowhere. Glaring at the nervous young golfer and with the index finger of his outstretched hand pointing towards the front door, his imperious voice boomed ‘Out!…caddies must report to the caddie master at the pro shop. Then he was gone, retreating behind the heavily panelled door bearing a brass plate that stated: Secretary/Manager. Welcome to Metropolitan son!

A sympathetic receptionist accepted Peter’s explanation that he was not a caddie but a member of the Tasmanian state team and a competitor in the amateur championship. The kindly woman pointed him in the right direction. Toogood’s introduction to senior golf competition had commenced.

The story of Peter Toogood’s decorated golfing career that spanned five decades and earned him the MBE and an OAM is contained in my book Simply Toogood – Peter Toogood’s Life in Golf and can be purchased online from this site.