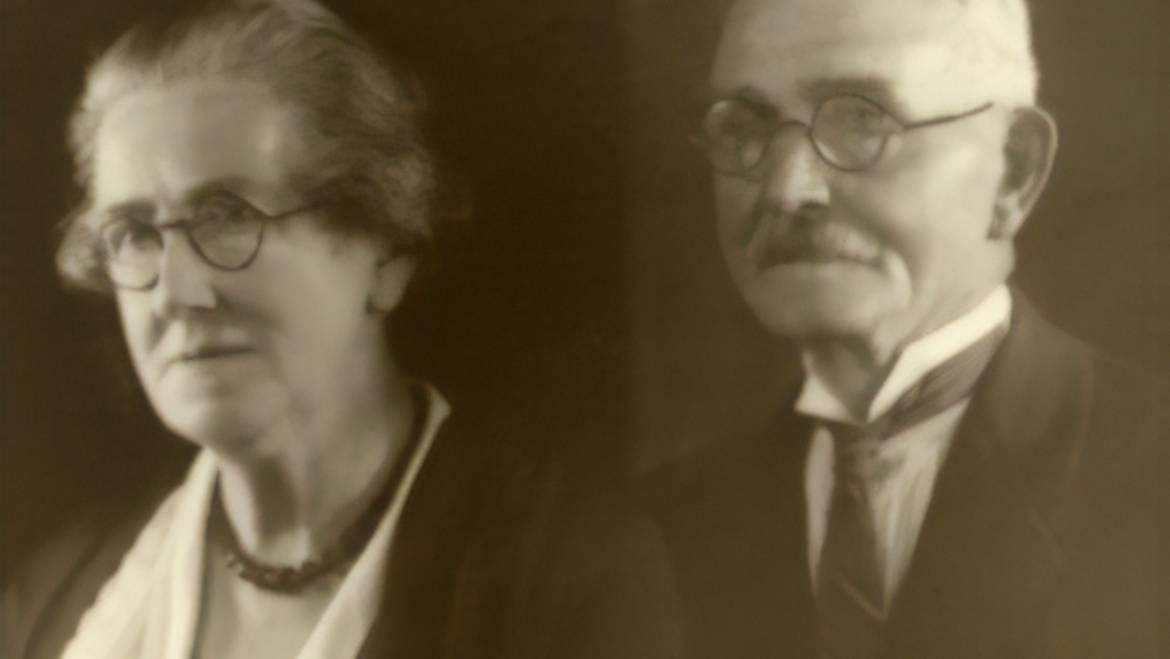 My grandfather Thomas Tobin was born in Birr, Kings County (now Offaly) in 1863.  He was the fourth and youngest son of John and Ellen (Halloran) Tobin.  He received a rudimentary education but developed a love for reading as a young man and he kept a written journal at various stages of his life.  He was a warden at Dublin’s infamous Dundrum Criminal Lunatic Asylum when he met and fell in love with Maria Christie a young domestic servant in Dublin. They were married in July 1889 and sailed for Australia two days later. Both were 26.

Maria died in 1897 leaving Thomas who was then living in Fremantle with two young children.  He then married Alice O’Dowd (my grandmother) and together they had eight children.

Thomas never returned to the land of his birth but he maintained his interest in Irish political affairs. He read Irish newspapers, voiced his opinions fearlessly, and throughout his long life he maintained his contempt for everything British demonstrated by his steadfast refusal to stand whenever the National Anthem – ‘God Save the King’ – was played in his presence.

When the former Irish president Eamon de Valera visited Melbourne in 1948, Thomas, who was then 85, was among thousands of ‘Irish’ Australians who welcomed him at Essendon airport. Aided by his walking stick, Thomas managed to fight his way through the crowd and past security. With tears streaming down his face he clasped his hero by the hand.

I got to know my grandfather a little better when he lived with us in Malvern for some months during the early 1950s. He was deaf, his eyesight had failed to the point where he could barely read, and he was approaching 90 years of age. Alone with his thoughts, he sat quietly in his chair for hours every day.

He was still a physically strong man. He could chop wood like a professional axe man and would walk for miles. One day he took the tram in Glenferrie Road near the Malvern tram depot to the terminus at Cotham Road Kew and walked back to our home in Malvern. It took him some hours to make the 3.5 mile (5.6 kilometre) journey taking on several Glenferrie Road hills that would have brought a postman’s bike to a halt.

During his 90 years Thomas Tobin had known hunger, poverty and pain. He had lived through the aftermath of the Irish famine of the mid-19th century, two world wars, insurrection and civil war in Ireland and two major economic depressions in Australia. He had worked hard to support a large family borne to him by Maria and Alice – two loving wives and devoted mothers. He had kept the faith, was a loyal son of the church and a proud Irishman to the end.

It is a privilege to have descended from this man.